These are either hosted online or through huge gaming arenas which also offer live streaming coverages for their followers all over the world. Aside from the exceptional selections of games, they offer in these events, organizers also boast the huge payouts and prizes they offer at stake. Above all these, it is the unique experience and thrill these players feel every time they participate in such large gaming sessions.

Various live poker events today are now being hosted in different parts of the world. These include local, regional, and worldwide events which constantly attract more participants every year - especially in Las Vegas. Thus, some of the best poker tournaments in Las Vegas are continuously improving its features to accommodate their growing gaming community.

Here are some of the most prominent US poker events and tournaments that asturpoker.com could find.

The World Series of Poker (WSOP) is considered the most notable live poker gaming event in the United States which has influenced not just local players but its entire community worldwide. This annual event has hosted over 60 different tournaments before its championship event which is also regarded as the one of the most watched and streamed gaming events nowadays.

Players are also rewarded with prestigious "bracelets" in every game they win. There are different types of bracelets given which are dependent on their success in various WSOP tournaments. Nevertheless, players who earned one of these bracelets will be forever known as one of the best players in the world of poker.

Despite the on-going prestige its getting, the WSOP still holds into its commitment to hosting the best multi-table poker tournaments in the industry today. They assure their huge number of followers and gamers will not be dissatisfied with the games and the rewarding payout values they offer.

WSOP also hosts smaller versions of its huge tournament through the World Series of Poker Circuit (WSOP-C) games. These mini-events happen in 21 different locations in the US such as live poker rooms and prominent gaming hubs. WSOP-C appeals more to novice poker players because of its affordable buy-in amounts ranging from $300 up to $1,000.

Players can also earn trophies when they win different WSOP-C games and events. Winners are given rings - rather than bracelets which are given on the larger WSOP event - every time they get successful in various tournaments hosted here. You can also bet on these tournaments. It's a very entertaining competition and betting on it just makes it way more exhilarating. Dive into all the betting choices, you will enjoy it, that we can guarantee. 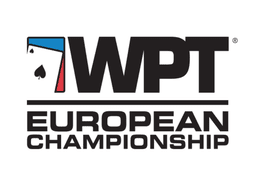 Another large poker tournament players need to look out for is the World Poker Tour (WPT). WPT has truly captivated its huge gaming audience not just in the US but in the whole world. These include poker players from South Africa, UK, and even in Cyprus who are visiting the United States to be part of this momentous gaming event.

WPT initially started hosting select poker tournaments before it presented various gaming events of different playing levels. These attracted more players worldwide to participate in WPT events rather than local and online tournaments. WPT also gained much attention when it was broadcasted on live TV and across different regions.

Its European version, the European Poker Tour or EPT has also garnered the same prominence WPT has been getting.

Similar with WSOP, World Poker Tour also hosts a smaller version of its huge gaming tournament in the form of the World Poker Tour DeepStacks. This simpler event invites aspiring poker players who want to experience the real atmosphere in such events without settling large wager requirements. WPT DeepStacks is a great platform for novice gamers, as well as low stakes in the industry.

Meanwhile, Heartland Poker Tour (HPT) brings the exciting poker environment right in the viewing comforts of every household. Players and regular poker audience can now enjoy HPT aired in their television sets for over 52 weeks. It has been hosting low wagering players all around the United States who battle it out for their gaming prestige since 2005.

HPT has grown from a simple live poker event broadcasted via live TV into one of the most sought live poker tournament in the industry. It has also reached viewers from the Caribbean and the European regions.

Players are advised to consider the games they will be playing, as well as the wager amount they're willing to place in every event, in choosing the right tournament platforms for them. There may be numerous options to choose from, but there'll be only selected ones which will fit their gameplay and poker strategies.