At the early stage, it is nearly impossible to outplay or bluff players. Most of them are very eager to get chips so they have a tendency to gamble even if they should not. Besides, it is not easy to outplay an opponent who does not know how to go about the game, anyway. The types of players who get involved in several hands at the beginning are usually the first players to get eliminated from the tournament.

A tight player can avoid marginal situation at the early stage. This will be an advantage that could take him to the next tournament stages. It is advisable for a player to preserve the starting number of chips and have them doubled at the middle stage because it is in this stage where he needs enough chips to steal and push. So a large stack of chips is definitely an advantage moving forward. 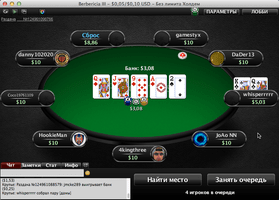 There would be fewer players during the middle stages of a sit-n-go tournament. That is why the likelihood of finding a really strong hand is also low. By this time, a tight player's image would have been noticed by his opponents and that his strong hand would be more credible. Now there is a good chance to begin building a stack or maintain a healthy chip stack even with no strong hand by stealing blinds every now and then.

In the final stages, where there are only four or five players remaining, it is about time to play loose. A player can start stealing blinds anytime there is a chance. During this stage of a sit-n-go tournament, opponents are not likely to risk their chips since they are after getting in the money. In addition, there is an even lower likelihood that an opponent can play a big hand.

When a player has gathered a very large stack of chips, he is well-positioned to take the first place. If he loses, he would still have chips left. When opponents see that a player is loose and reckless, they are less likely to steal his blind.