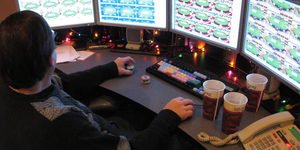 A good multi table tournament strategy in the early stage is to avoid low reward and high risk situations. At this stage, pot size is relatively small. Besides, there are more novice players than at any other time so the risk of losing to a hand that is substandard is higher. By using only the premium hands at online poker sites, you develop a tight solid table reputation.

For the middle stage multi table tournament strategy, you can start to put to use the tight, solid reputation you earned in the previous stage. It is time to introduce some aggression into the game because at this stage, many of the opponents are after winning some money and not really aiming at the final tournament table. Using premium hands , you could start looking for good chances to double the amount you have.

Remaining players at the middle stage are generally better and able to lay down a hand so bluffing can be used to your advantage. Be careful not to overuse this strategy, though. Moreover, there is no need to risk most of the chips you have since it is likely that other players would fold to a lower bet. Keep your chips stack larger than average by maintaining your solid play while taking small risks against the right types of opponents. 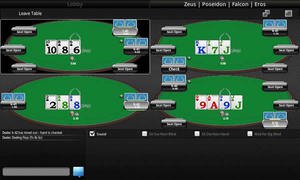 The end portion multi table tournment strategy involves taking the most risks. The end stage is the final table with nine or ten players. Most of the payout money is shared among these players, with the top three players getting significantly bigger share. The rest of the players would end up with minor prizes. So if you end up in a good position in a poker tournament, make the most of it. Otherwise, you would likely end up with a break even position.

Changing strategy too early at the final table is common. In fact, some players will make the moves right at the start of the stage. This has advantages, too. However, a better option is to continue playing solid poker until there are only few remaining players. As the play gets shorthanded and opponents get eliminated, it is time to gradually take more risks.